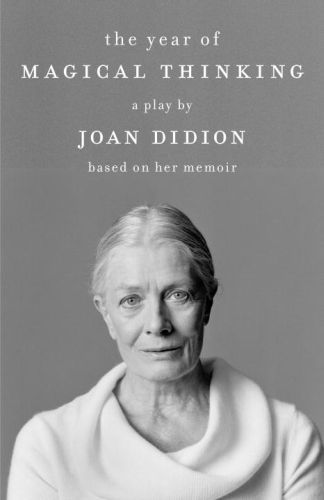 The Year of Magical Thinking: The Play

"this happened on December 30, 2003. That may seem a while ago but it won't when it happens to you . . ."
In this dramatic adaptation of her award-winning, bestselling memoir (which Michiko Kakutani in The New York Times called "an indelible portrait of loss and grief . . . a haunting portrait of a four-decade-long marriage), Joan Didion transforms the story of the sudden and unexpected loss of her husband and their only daughter into a stunning and powerful one-woman play.
The first theatrical production of The Year of Magical Thinking opened at the Booth Theatre on March 29, 2007, starring Vanessa Redgrave and directed by David Hare.
From the Trade Paperback edition.